VOYEURISM AND THE IMBALANCE OF POWER

This short series was a test for an unpublished series inspired by the prompt "Urban Landscape". I was in my second year of university and was advised to discontinue this avenue due to the inability to obtain permission. These 5 images show a very rough snapshot of a family taken over the space of an hour. This family lived directly opposite from the flat share I was living in at the time and they never closed their windows. Wanting to make a comment on Urban "living" more than the "landscape" my original idea was to photograph the strip of terrace houses and create a composite panoramic style photo showing different lives, inspired by Jeff Wall's "In Front of a Nightclub".

Although visually engaging the decision to stop was made due to the ethical questions raised by photographing people within their homes, without them being made aware first. My argument at the time was there have been many incidences of people being photographed through windows; Merry Alpern's "Dirty Windows", Paparazzi, Shizuka Yokomizo "Dear Stranger". Merry Alpern was photographing an illegal lap dance club near wall street, Paparazzi's only photograph Celebrities (the strange social construct that celebrities have waived their right to privacy is a different conversation) and Shizuka Yokomizo had written consent from her subjects.

This caused me to consider if what I was doing was correct, I had no consent, these people were not public figures and they were not engaging in any illegal activity. I realised there was an imbalance of power. I had all the power over the representation of these strangers, and I was very much invading their privacy, regardless of whether by leaving their curtains open they had inadvertently opened up their lives to being seen.

It raised some red flags for me, the same red flags that I often felt with street photography. I do not have any knowledge of who these people are and what is happening in their life and it is not necessarily my right to tell their story. I have been working hard within my own practice to create work that I have a right to make, and if it is not explicitly my own to tell that I work collaboratively with those it is.

I am publishing them now 10 years later (2020) with their faces censored. They are not for sale and they are not a full project but they are a good reminder to me to consider the reasons why I want to photograph something and if aesthetics overtake my duty to represent someone’s story then maybe I am in it for the wrong reasons. 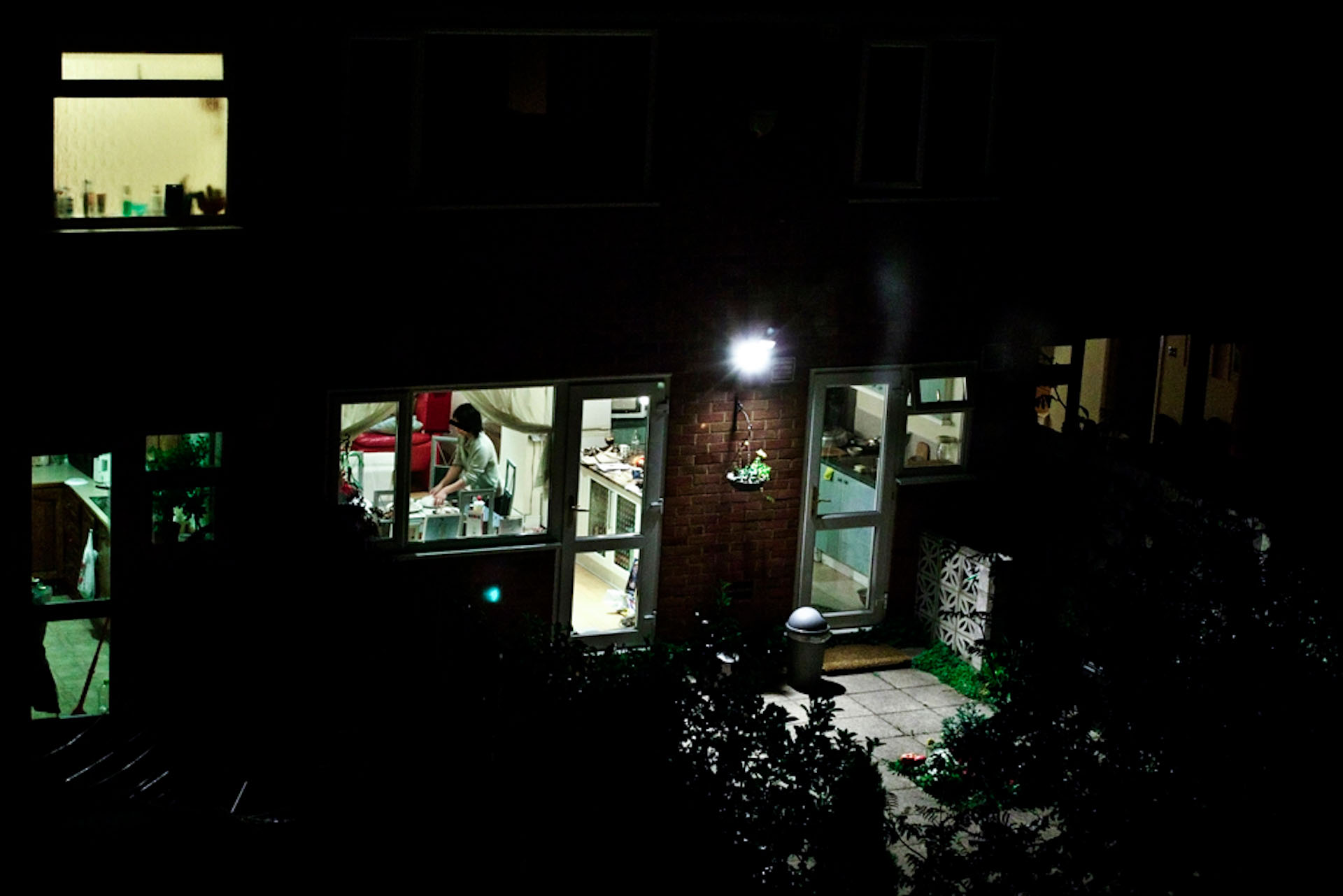 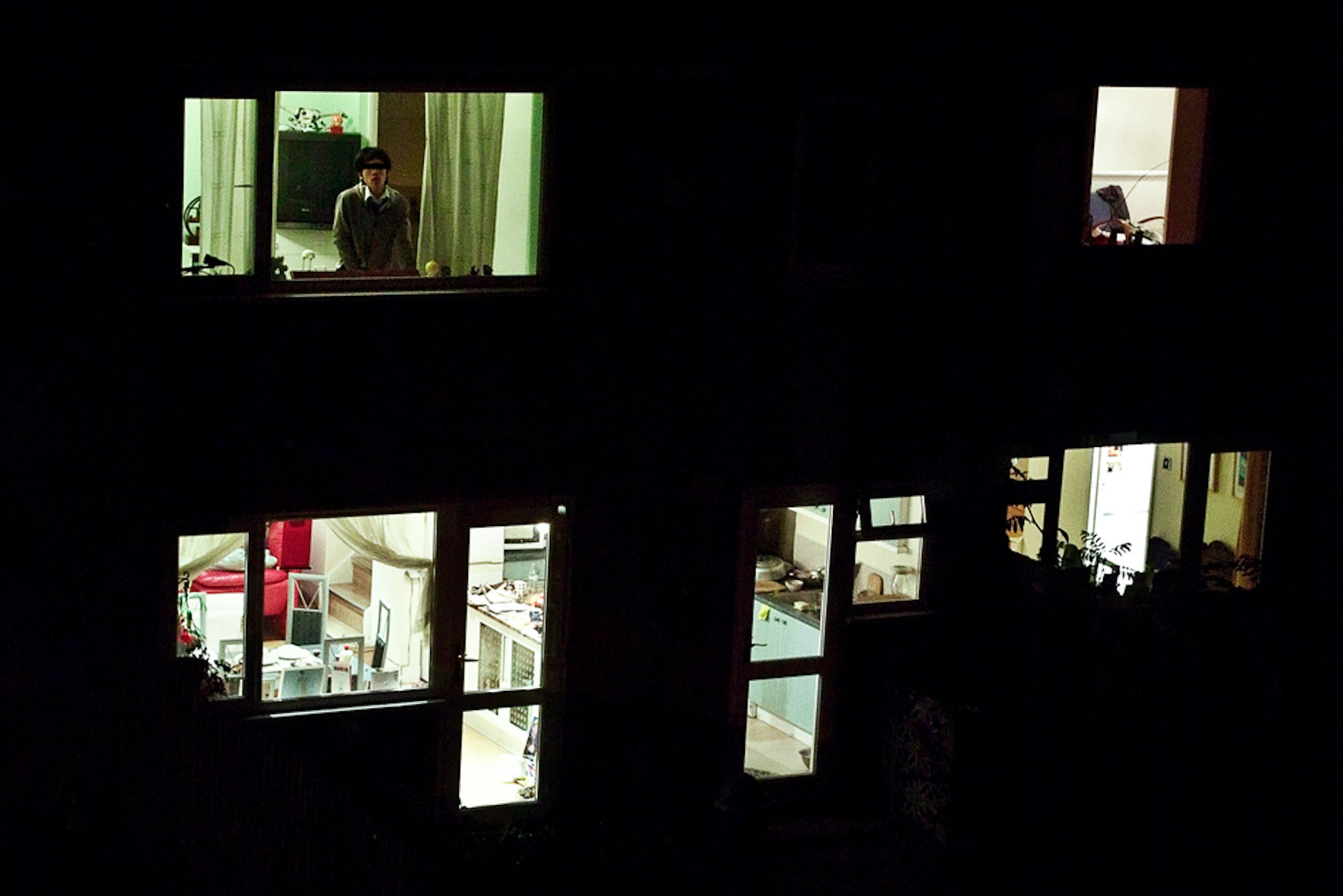 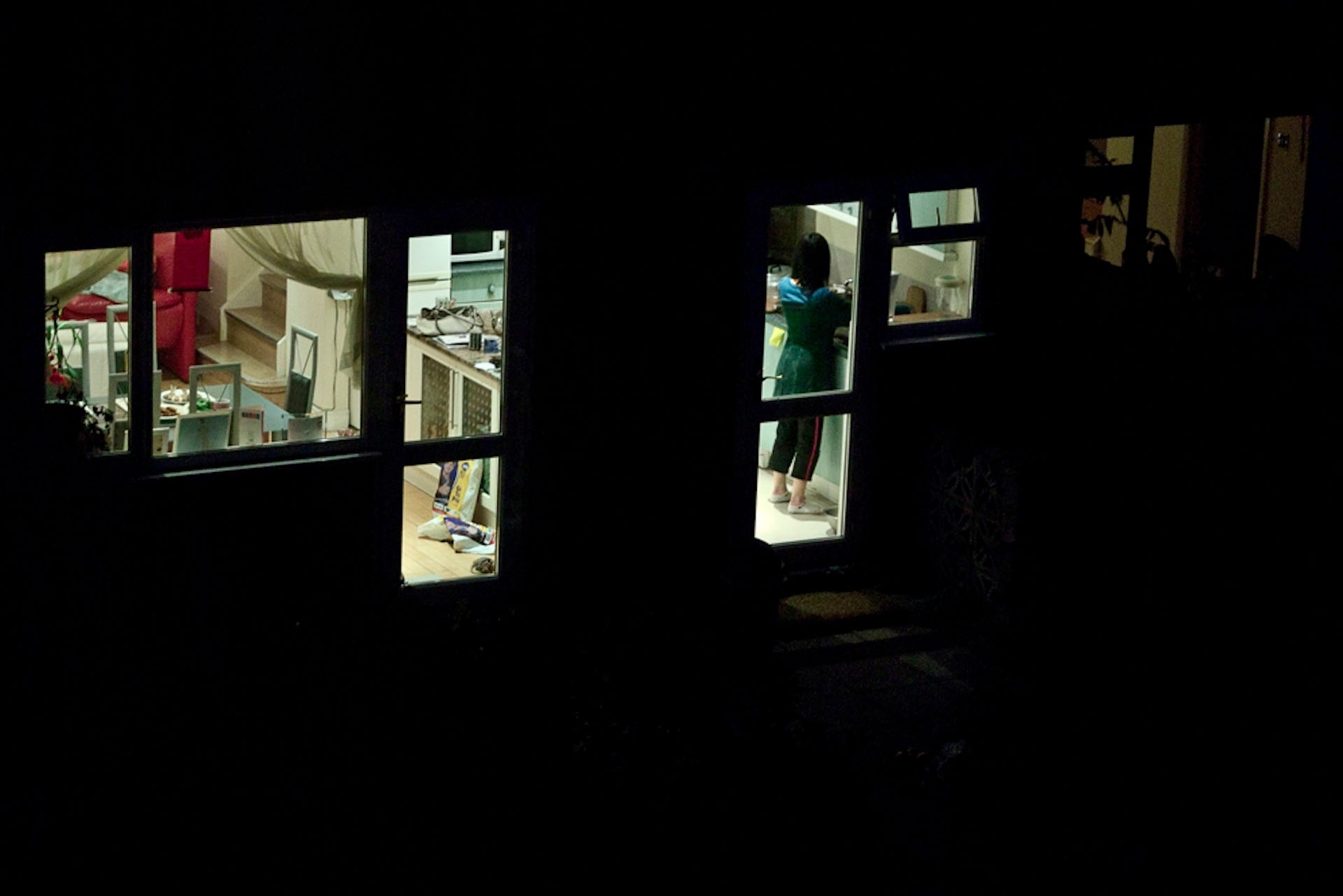 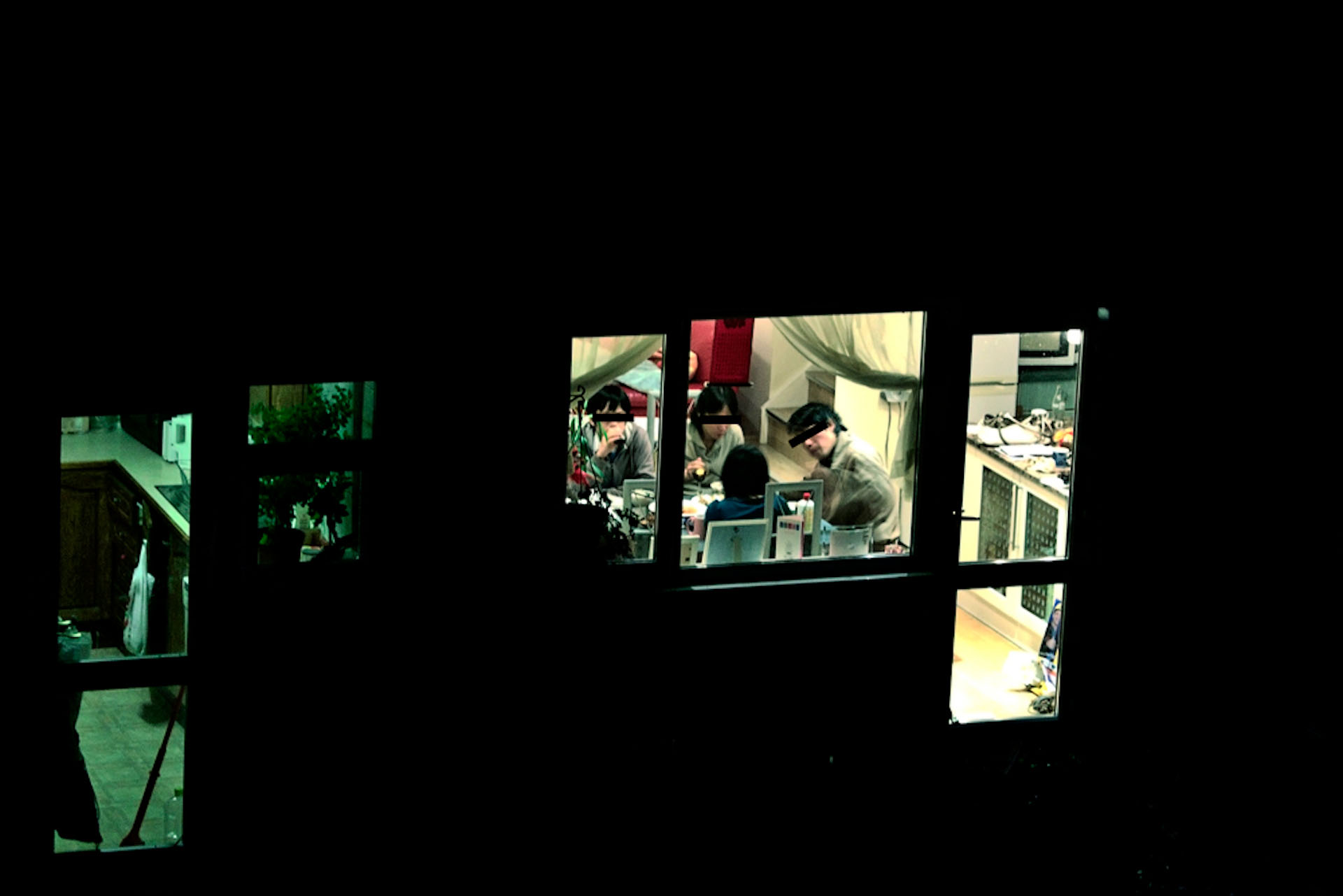 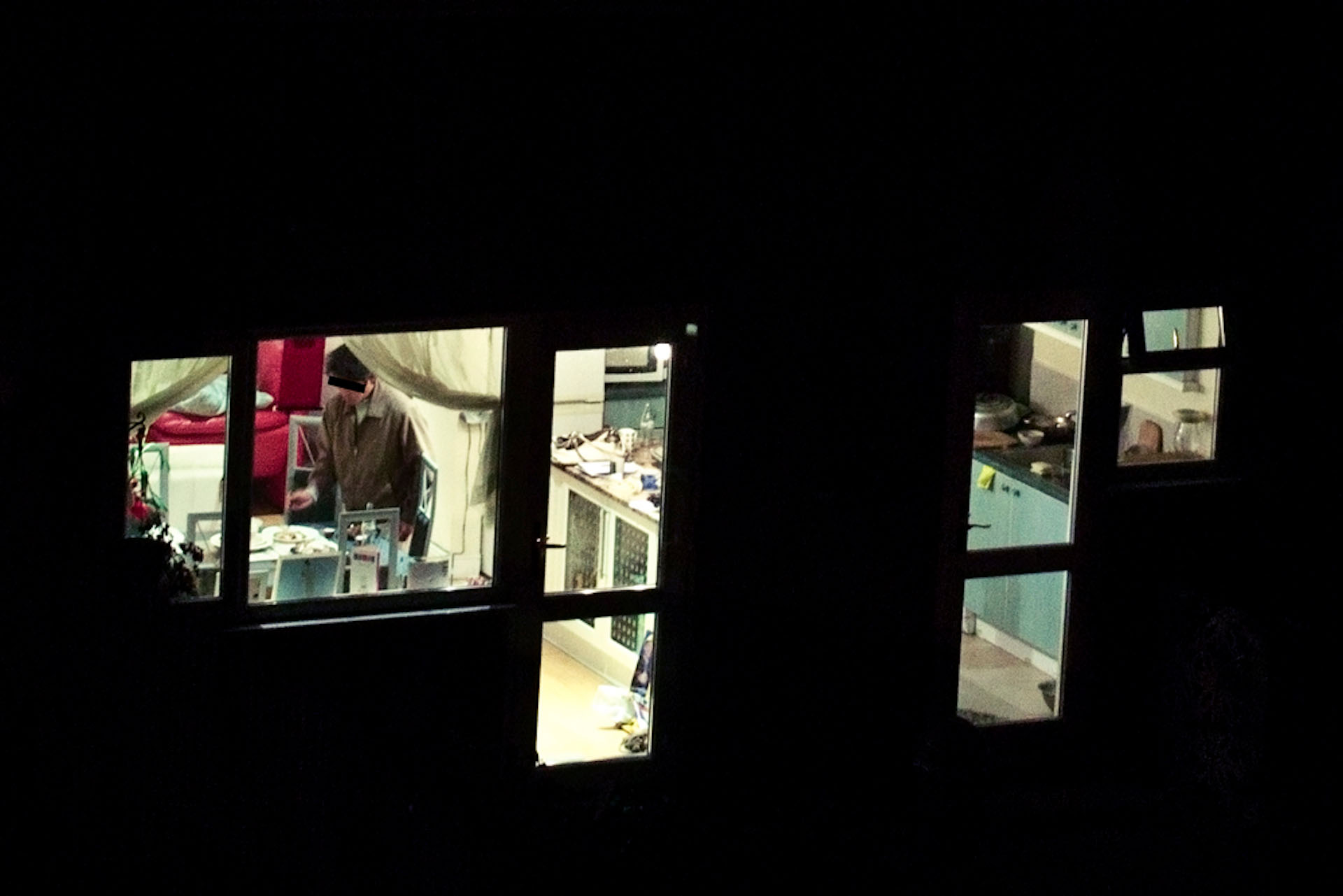